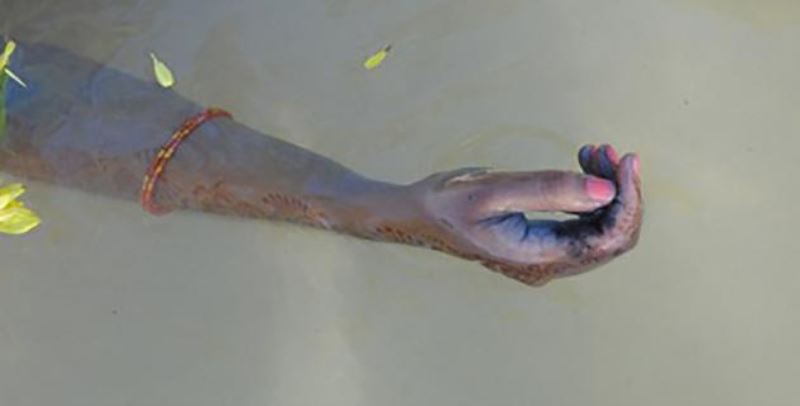 The exhibition Re-membering: Memory, Intimacy, Archive features works by South African artists Reshma Chhiba, Sharlene Khan and Jordache A. Ellapen from their projects titled Kali (2008) and The Two Talking Yonis (2013); When the Moon Waxes Red (2016); and Queering the Archive: Brown Bodies in Ecstasy (2016/2017) respectively. In these projects, through the lens of the â€˜Indianâ€™ experience, these artists explore and unsettle notions of memory, race, class, gender, and sexuality in post-apartheid South Africa and comment on the nuances and complexities of everyday life in South Africa.

In Chhiba’s works, the Hindu goddess KÄli is a central starting point where particular reference is made to her iconography and mythology. For her series, Khan works with different visual media like video-art, digital photography, and needle-lace to produce “visual textured narratives”, which narrate the difficult circumstances experienced by migratory women. Ellapen engages black and white archival studio photographs and digital photographs to produce digital “visual assemblages” that disrupts the heteronormative logics of family, community, and nation. Their works jointly speak to everyday experiences and performativities of identities shaped through the tensions of cultural migrations, familial love, loss and mythologies that are too often simplistically and sentimentally rendered. These entanglements add richness to a segment of South African history that is still lacking.

When the Moon Waxes Red and Queering the Archive: Brown Bodies in Ecstasy both make reference to Indian indenture migration in South Africa and use this historical experience in order to understand citizenships, belonging and subjectivity in the post-apartheid period. The archive is an important element in each project and is incorporated by the artists very differently. Each artist draws on family archives, offering an alternative perspective of the Indian experience from state sanctioned or popular media archives. The family archive is an “intimate archive” that becomes the springboard for the visual creative expressions and aesthetic practices of each artist. Khan’s “intimate archive” draws on oral traditions of story-telling in which family histories, secrets, and memories are passed down from generation to generation. Khan was influenced by the stories she heard of Indian indentureship growing up in an Indian township in Durban, about women from her family and community who hung, burnt and drowned themselves in order to escape their social conditions, but also tales of creativities, support networks and hardships overcome. When The Moon Waxes Red draws on narratives which the artist transforms into needle-lace portraits, visualizing the black feminist notion of ‘textured narrativisation’, which aims not at truth-telling but rather bio-mythography meant to capture spirit rather than truth.

Ellapen’s Queering the Archive: Brown Bodies in Ecstasy project is influenced by the family photo-album and documents, such as the Indian “pass document,” collected by his grandparents and parents. Within these albums, Ellapen locates portrait photographs of early ancestors who were brought to South Africa as indentured laborers under British colonial policies. For Ellapen, the family photo-album offered an alternative archive of the Indian experience in South Africa and site of identification that challenged official representations of the Indian produced by the colonial and apartheid era states. In these albums Ellapen also noticed a number of studio photographs with men, either alone, in pairs, or in groups. These images reveal a sense of intimacy between men of these generations (his grandfather and father’s) that are largely absent within representations of Indian men in the contemporary period. These flashes of intimacy between men in the family album aesthetically influenced the visual assemblages created by Ellapen. Ellapen’s project responds to the near absence of ‘Indian’ queer subjects in the contemporary South African and African visual archives and by turning to the aesthetics of “transgressive erotics” Ellapen deconstructs the provenance of the archive to re-image masculinity and sexuality and the entanglements of history, memory, race, desire, and pleasure in the very constitution of racial categories in South Africa. He turns to an aesthetic of the erotic to further deconstruct heteronormative notions of race, gender, and sexuality and visualize an “intimate archive” of the family-photo album.

The starting point of Chhiba’s explorations of Kali began as she delved into her family history, where her maternal grandmother (Ajima) suddenly emerged as the central figure in her thinking, writing and making processes. And even though Ajima had already passed on by the time these works started to emerge in her imagination, her presence in Chhiba’s consciousness was tangible as she uncovered parts of the story of her life through discussions with her mother. Similar to Khan and Ellapen, Chhiba’s work is influenced by the intimacies of the familial space through which she accessed an alternative archive – that of the memory of her grandmother. Kali and The Two Talking Yonis both explore various symbolic elements of the goddess such as the tongue and yoni, depictions and explorations of Kali’s portrait, and the mythology of Kali in relation to issues of identity, by referencing classical Indian dance. The tongue and yoni both speak of violence, sexuality, mockery, protest, and are invariably interchangeable. Chhiba’s investigations of womanhood and depictions of the female body in contemporary South Africa is intimately connected to her interest in exploring the overlaps between tradition and modernity, mythology and reality, feminine and masculine, black and Indian, visual art and dance, artist and curator. Chhiba’s work pushes us to think beyond these binary formations, emphasizing multiple and contradictory identities and subjectivities by foregrounding the power of the feminine.

All three artists are engaged in “memory” and “recovery” work, using their own bodies in a postcolonial masquerading in order to trouble stereotypes of ‘Indianness’ in South Africa by focusing on the intersectionalities between class, gender, ethnicity, nationalism and homoeroticism. Their works jointly speak to everyday experiences and performativities of identities shaped through the tensions of cultural migrations, familial love, loss and mythologies that are too often simplistically and sentimentally rendered. These entanglements add richness to a segment of South African history that is still lacking. 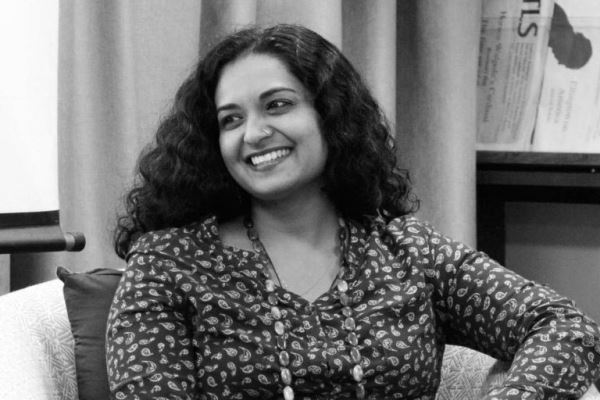 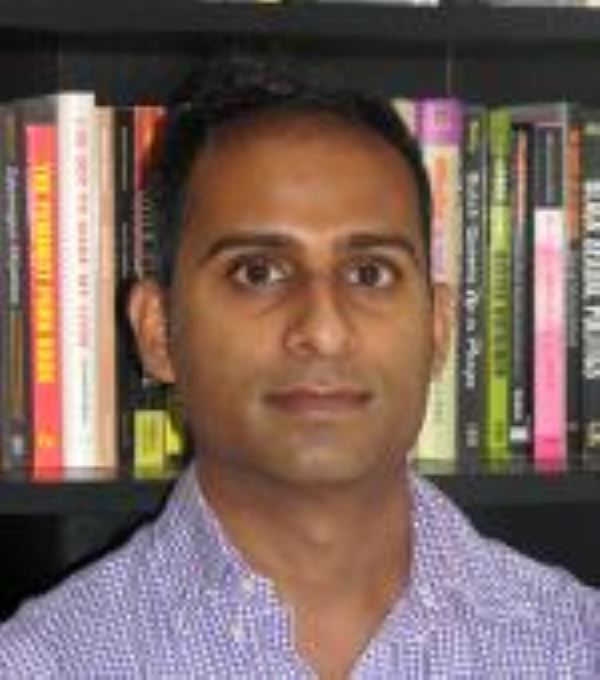 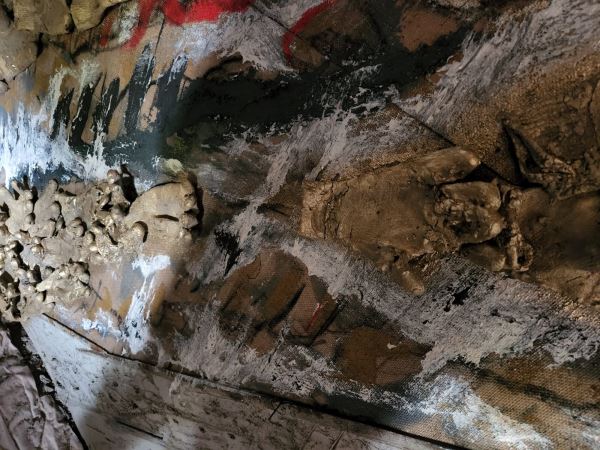 Time In Space and Time In Memory - An Introspection